by Ricky on April 8, 2018
in Fat-loss, Fitness, Inspiration, Nutrition, Paleo, Video, Workout of The Day 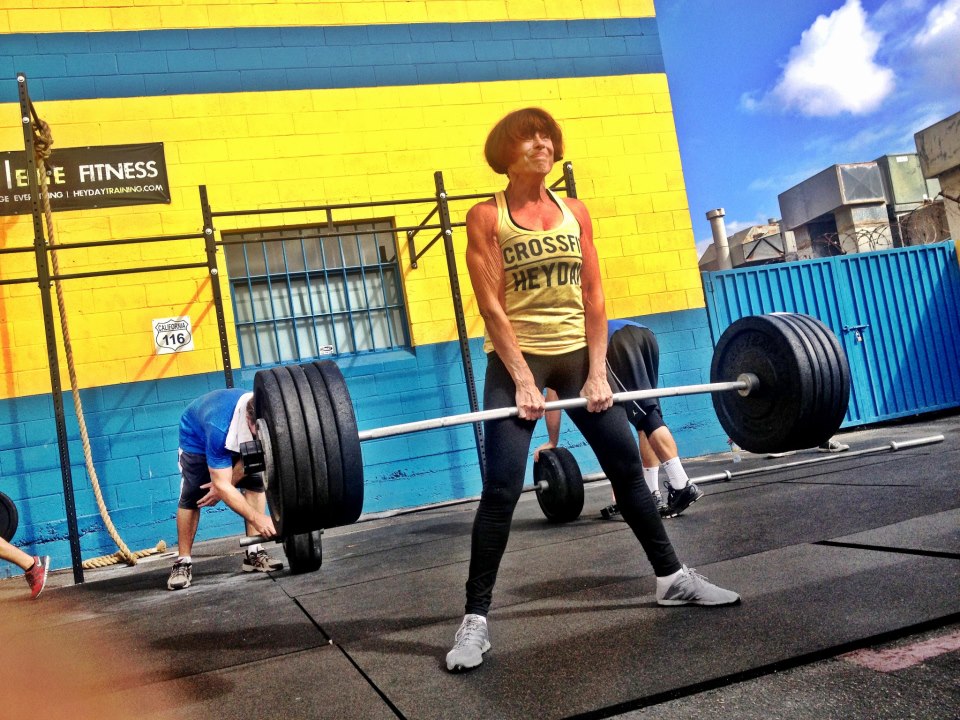 I have been training for over 14 years.

And if there’s one thing I’ve learned is, don’t judge a book.

Yes, it’s a cliche. But in this industry it’s true.

Guys who, on the surface, “looked” tough as all get-out but in reality…

When push came to shove…

Were softer than charmin toilet paper.

Who were tough as nails.

Who never complained, made excuses, and made lots of big burley men look like panzies.

Being tough has nothing to do with how much weight you can lift.

Grit is all about how you conduct yourself when things get hard.

Grit is about your ability to stay the course through thick and thin.

This reminds me of Paula. Let me tell you about Paula…

A few years ago this woman walked into our gym.

I had known her before that because she was our neighbor renting the adjacent office space next to our gym.

I always saw her walk to and from her office with her tiny dog always wondering how much she hated us for playing Dubstep and taking her parking spots.

She didn’t exactly strike me as someone itching to join the sweaty heathens pumping iron.

My initial impressions were laid to rest when one day she walked right into the front door and said,

She wrote a check on the spot and came the next day for her first workout.

Prior to joining Paula had spent the previous decades not exercising at all. She explained that in her youth she’d always loved exercising and lifting weights but had fallen out of it through the years.

She knew she needed to do something when her doctor told her that she needed to get her weight down from 158 to 145 and her cholesterol had reached unsettling levels.

She decided to start training at Heyday.

Several months after joining, we created and launched a 6 week challenge designed to help people rapidly lose body fat by showing them how to use food and exercise to increase their metabolism.

Through the years we perfected the recipe to do this simply and it was just the thing her doctor wanted her to do.

Paula had gotten some great results so far and this was a good opportunity to accelerate her to her goal.

So signed up for it.

She was intimidated because she was new to all this workout and nutrition stuff but she was determined.

She asked a lot of questions and took lots of notes.

Me thinks it worked. 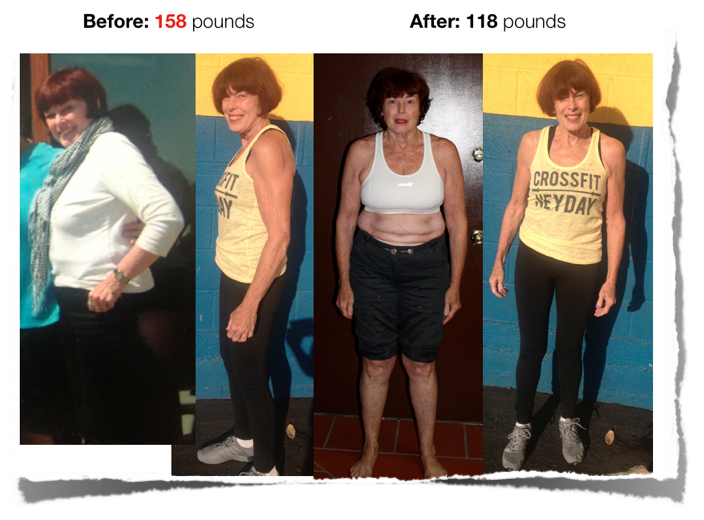 Paula went on to lose well over 40 pounds and ended a long list of symptoms like a constant upset stomach, and inflammation.

She also slashed her cholesterol by 64 points,  and no longer has to take medication for it.

After 20 Years of Not Exercising She did all this in A Year.

Let that sink in.

She did all this by following simple eating principles we showed her and training with us consistently. 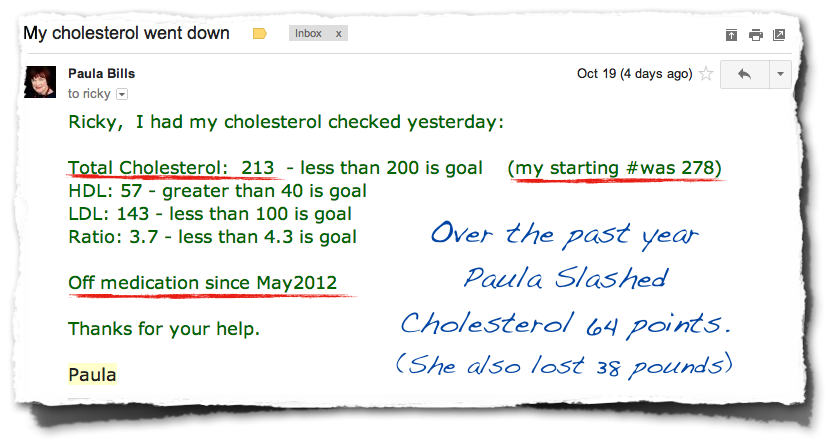 As you can probably guess, Paula is older than the average CrossFitter and she is at an age where many many people decades younger than her think they’re “too old” for this.

“Too old” to exercise.

“Too old” to get off the couch, run, and lift weights.

“Too old” to turn their health around, and feel GREAT about themselves.

They should watch this video.

Did you hear that? That was the sound of all your excuses dying a horrible death. 🙂

One of the most consistent things I hear members tell me is this:

“I regret not starting sooner.”

Think about it, Paula didn’t start her personal fitness journey until well into her 60’s.

But even she understood, better late than never.

The next 10 years are going to go by no matter what.

And when it does, you can be sitting there, grateful because you started today.

Or, like so many others, you can regret not doing something your future self would thank you for.

QUICK QUESTION… Is it time for YOU to make a Change?

If you’re totally fit and healthy and don’t even know what “stuck” feels like than you can skip this part.

But for others who need a push…

We are looking for more people like Paula who are ready for a change. Who are tired of feeling stuck.

Who want to feel, look, and become better tomorrow, next year, and next decade.

If that sounds like you Click here if you want to participate in our 6 week transformation program .